Raising money for Glamis Hall For All.

The display you see today grew from a humble cherry tree which had a single set of outdoor lights on display each Christmas. As Karl grew up, the display started to grow more, with his father adding more lights whilst young Karl would stand on the bottom of his ladder watching over the proceedings.

Today the display is bigger than ever and the lights dance in time to festive music. In 2011 we were filmed by a Channel 4 TV crew who made a documentary called King of Christmas Lights! This is a documentary following Karl, his family and the display as well as 2 other displays- showing the ups and downs of lighting displays and the reasons behind why we continue to do this each year- it is worth a watch for the laughs that we create as a family!

This show is currently available in parts here:

In 2011 and 2012 the 'house band' Claus and the Paws also joined in.Claus and the Paws, was the UK's first animatronic/robotic display used at a private domestic display. Karl strives to keep constructing and innovating new ideas that you cannot simply buy in store, a lot like his 3D printed snowflakes and MERRY CHRISTMAS illumination.

His father Alan still plays a vital role in hanging up the lights and helping with the wiring- not to mention the electricity bill!

2017 saw refinements, additions from the USA and expansions to the existing display. The newest feature is the elf house which was decorated and animatronics added by Karl. The second biggest change to the 2017 display was a full computer controlled pixel tree.

HOW MUCH HAVE WE RAISED? 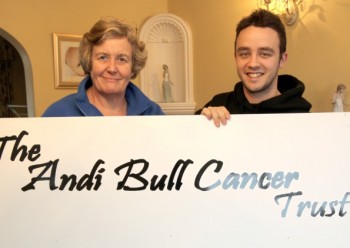 Majority of the lights are fully computer controlled which enables synchronization to music to create shows.

It has taken approximately 30 days to put all the display up and wire back to the control room- aka the shed!

We use low energy LED lights where possible, also the synchronization aspect ensures that the lights are not fully on all the time like traditional displays and over the season this helps to save electricity.

For the brief moment when ALL the lights are fully on we approximately use 7450 watts of electricity this is the equivalent to boiling 4 kettles or enough to power 2759 iPads with max screen brightness!